It’s quite simple really… to be the best PSD to HTML
company on the planet!

You would probably expect this page to feature some corporate jargon about "Being globally recognized" or "Adhering to core values", or some boring stuff like that. But, if you haven’t already guessed - CodeMyConcept is rather different.

The truth is, we are growing and growing fast. We aren't the biggest PSD to HTML company yet, but we are definitely one of the biggest and we certainly are going to be the industry leaders sooner rather than later. 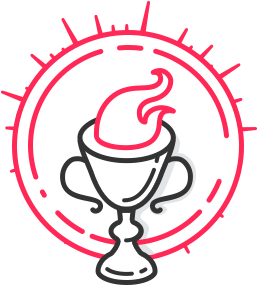 Our goal isn't to be a global giant or anything like that. We don't want to take over the world or invent artificial intelligence, or even be the first company to land on Mars. We don't want to achieve world peace or end world hunger, though admittedly, it would be cool to do all these things!

Maybe our vision is smaller than you expected. And we don't have a mission statement either. We only really want to participate in one thing.

We just want to make the Web a better and easier place, someway... somehow.

Maybe we can make the Web a better and easier place by helping the thousands of people we work with every month. Or maybe we can't. But what we do know, is what we want to accomplish. We will just keep trucking on, keep doing what we are doing, and improving where we need to - as making our company perfect is a never ending process.

What makes us different?

We can handle it all. Sass, eCommerce, WP sites, newsletter templates – you name it. Code crafting is in our DNA.

At CodeMyConcept we are proud of not only our PSD to HTML services, but our creative, innovative approach. We are changing the world one piece of code at a time and your project can be a part of this amazing change. We are the team you were looking for, and we can prove it.
Check it out:

...and that's not all. See all benefits.